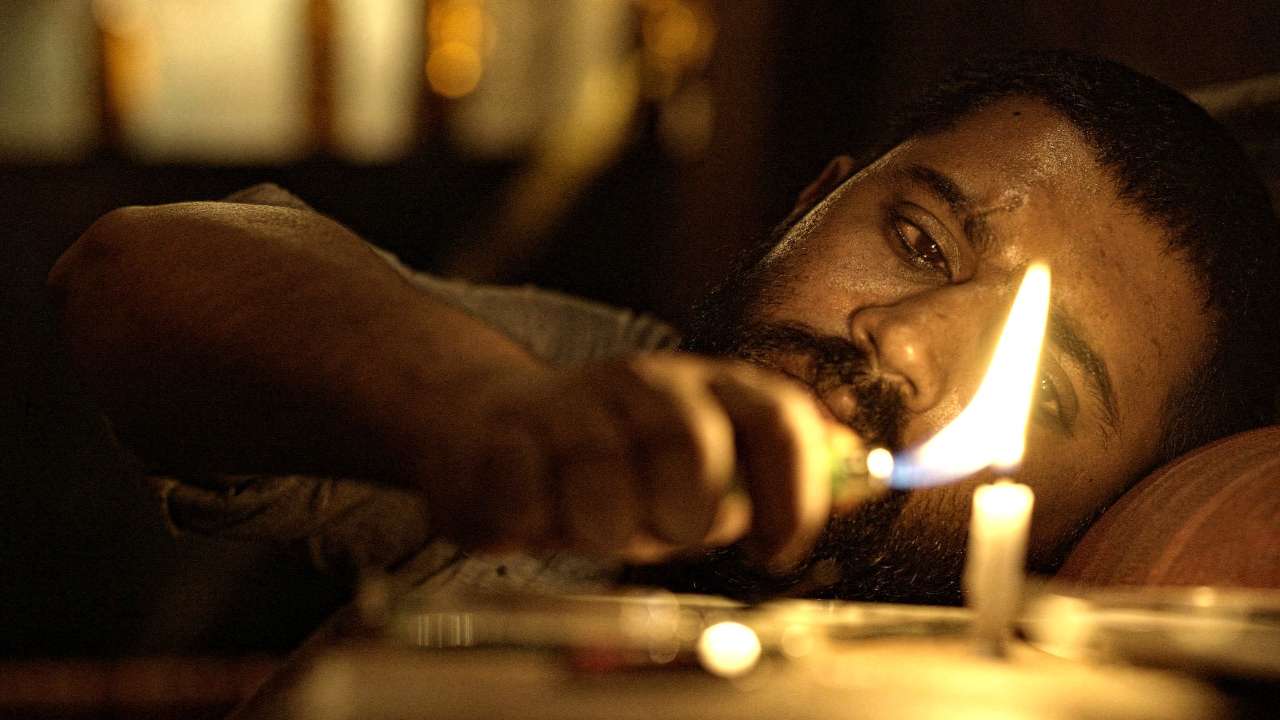 This movie is on the mainstream side for this blog and also was reviewed accurately, but I’m reviewing it anyway because Malayalam cinema is not well known globally, and I want to bring some attention to it because of its quality and the LGBT themes.

Thanks again to Angie for recommending this movie to me.

Moothon takes a basic masala plot (it reminded me of Maha Sangram the most) and uses LGBT characters to modernise it. Mulla (Sanjana Dupi) is a girl passing for a boy on the Lakshadweep islands. She wants to go find her disappeared elder brother, who went to Mumbai, but she accidentally ends up going to Mumbai herself. There she almost gets human trafficked by a local goon/heroin addict named Bhai (Nivin Pauly), who speaks her language. He then decides to help her start a new life instead. Meanwhile, Mulla still wants to find her brother.

I know Nivin Pauly is well-regarded as an actor, but based on the general skill level of heroes in Indian cinema, I do not expect a super-built action star to blow me away with his artistry. More fool me, because Nivin here turns in a beautiful, layered performance with the kind of emotional depth I really only associate with the great silent actors. It really astounded me, and I cannot imagine any actor, Indian or otherwise, ever doing a better job in this part.

The other main characters are also excellent in basically career-making performances.  Roshan Mathew is devastating in his part as a mute gay man called Aamir, and Sanjana is wonderful as Mulla. I was only disappointed the hijra character was not played by a hijra.

I think every aspect of this movie is of the highest quality (cinematography is good but not very special), except for a few flaws in the script. The muteness of Aamir felt gimmicky- making a tragic gay man literally have a love that dare not speak its name, really?

I also did not like the ending. Who is Mulla with? What happened to her? How did she deal with Akbar’s death? Why show her later in life if you won’t show me these things? Is it supposed to be a happy ending that she’s a prostitute (is she???) because at least she’s girly now?? If so, how? It made me think the ending was tacked on by the censors, but maybe the makers just drove the movie off a cliff for no reason.

On the whole, though my knowledge of this is purely academic, I thought Moothon did a good job of depicting the lives of minorities within minorities and  intersectional discrimination in India. The characters are ethnic minorities and immigrants, and almost all also minorities within that group, which compounds their vulnerability. But Moothon also shows the importance of the bonds these people form with each other, and how they can only rely on each other. It has the kind of ideas of found family you get in old school masala films.

Really, I think everyone should watch this (barring a few trigger warnings). The bad ending pulled it down to just good instead of great, but it does have a bunch of all time great performances in it.