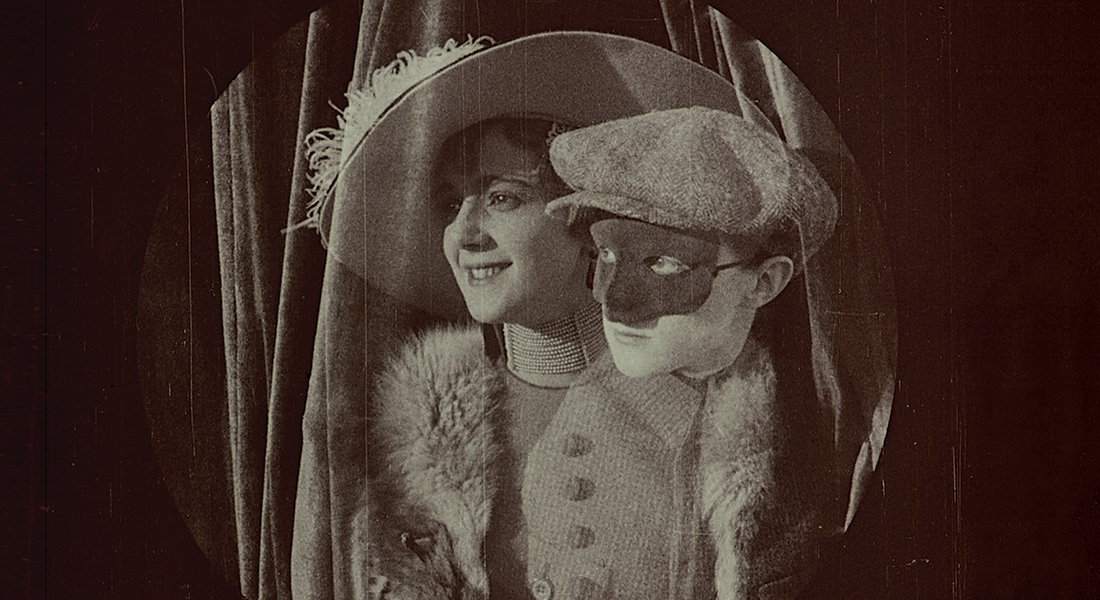 I’d seen Filibus The Mysterious Air Pirate a number of times already, because it happens to be one of my favourite silent films, but this was special.

Firstly because it was the first time I’ve seen it with live music and on a big screen. Secondly, the screening I watched was of the new restoration of it, which will be released by Milestone later this year, so that seemed like a good reason to review it. This is why I used two pictures pilfered from the Wexner Center for the Arts, because they are from the restoration, and you will see how superior the image quality is.

Filibus The Mysterious Air Pirate is the sort of silent movie I wish would be used to introduce people to silent film instead of things from the misguided and arbitrary silent canon. It really challenges popular perceptions of early film and even of the Edwardian/WW1 period, because it has a really progressive and unusual story, it’s fast-paced and easy to follow, and it’s not too long. 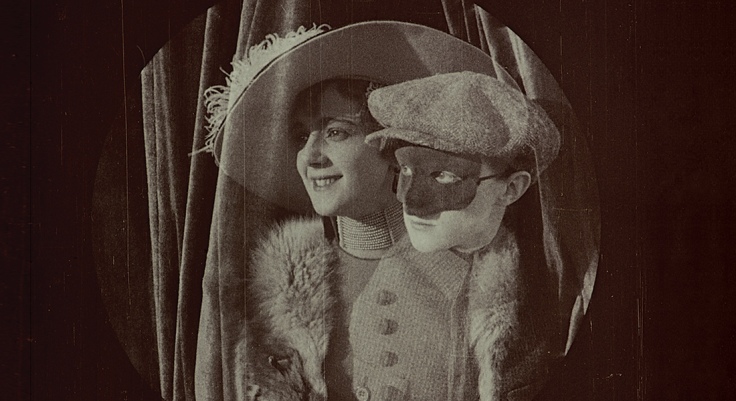 She finds out the famous detective Kutt-Hendy  is investigating her latest heist, and decides to foil him by framing him in a way that suggests he is Filibus.

Using her top secret Zeppelin lair to move without being noticed, she takes a handprint of the detective’s, ingratiates herself with the detective’s sister in disguise as a male suitor, and sets him up for a variety of small crimes. This also gaslights him into thinking he might have been committing crimes unconsciously.

Then she uses her male disguise to enter the home of collector Leo Sandy, and announces Filibus’s interest in two valuable diamonds, the eyes of an ancient Egyptian cat statue, in the possession of Sandy.

Though Kutt-Hendy tries to foil her plan, she manages to frame him for the theft, but she messes up her own plot when she kidnaps Leo Sandy and tries to blackmail him into giving her money. Sandy escapes from her Zeppelin, and frees Kutt-Hendy. 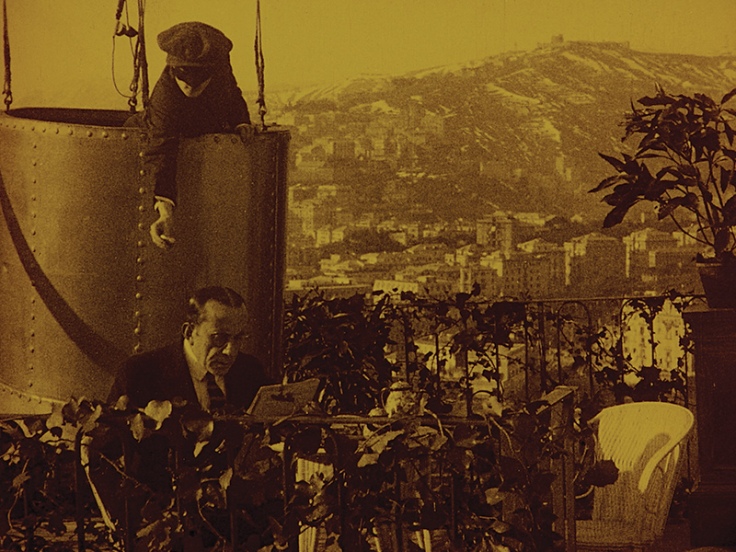 As far as I’m concerned, this has it all when it comes to early feature films. A female lead in a role that would still be progressive 104 years later, a silly but interesting plot, a Zeppelin, LGBT interest… plus it’s snappily made and has cool action sequences. The only thing it could use more of is fabulous hats, though it has a few.

Early cinema was full of nutty antihero stories, plucky girls in action serials, and nutty antihero action girls, but somehow these have not made it into the silent film canon (although Yale has Fantomas, so snaps for Yale). Filibus The Mysterious Air Pirate was one of the earlier ones, and had some influence despite the fact that Italy’s involvement in WW1 shortly after its release date limited its release.

The restoration looked great, since the old print was murky and dark and the tinting was more limited and much less vivid. Wait until Milestone releases it, and then watch!